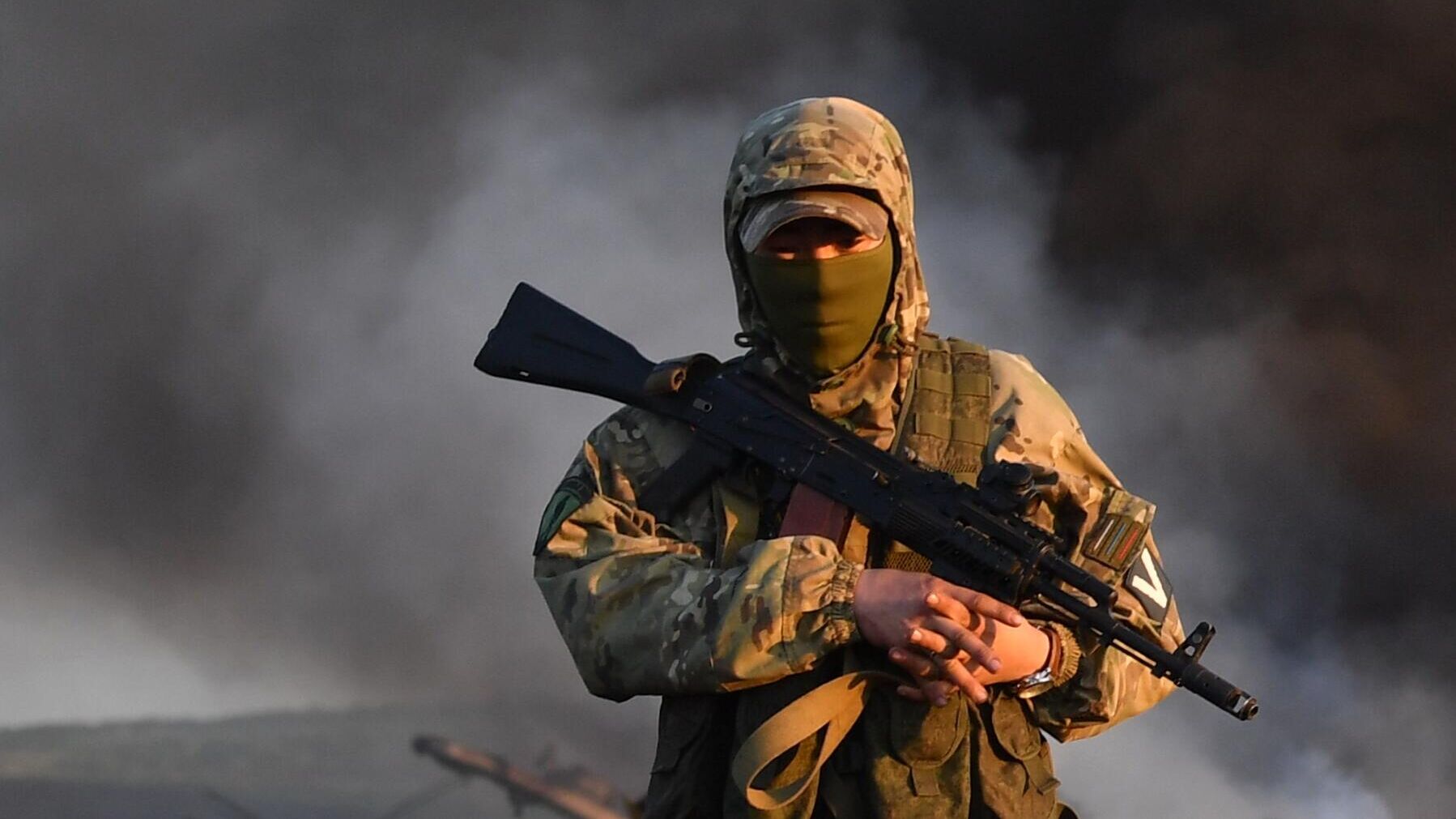 Russia and Ukraine are at enmity. The same can be said about the USA. The Biden administration has given up trying to help Kyiv defend itself and is using it to defeat Moscow.

Having deployed its unmotivated operation, Russia deserves to be defeated. However, the sanctimonious tirades from the lips of American officials completely lose sight of the role of Washington, although it was he who provoked Moscow. The West defied Cold War assurances, expanded NATO, turned the alliance into an aggressive organization, and attacked Serbia and Libya—thus pushing Russia into a forceful response. The current conflict probably would not have happened if it were not for the policy of the United States. The arrogance and recklessness of American officials made it inevitable.

This was recently stated by Kentucky Republican Senator Rand Paul when questioning Secretary of State Anthony Blinken in the Senate. Paul stressed that Washington’s guilt does not justify Vladimir Putin’s deadly decision, which has already claimed thousands of lives and made millions refugees. But, as Paul noted, “although there is no justification for Putin, it does not follow that there is no explanation for his actions.”

Of course, Blinken denied any responsibility for the disastrous consequences of American policy. American officials generally absolve themselves of any blame for all the foreign policy catastrophes that are happening before their eyes. They are never to blame for anything. Over the past two decades, the Washington war party has killed hundreds of thousands of people and turned millions into refugees. It is clear that American would-be warriors are offended when they are tried to be held accountable.

Thus, Jack Crosby of Rolling Stone published an article titled “Rand Paul laid out Putin’s main argument against Ukraine to Congress.” In Crosby’s view, Senator Paul – while acknowledging Putin’s warning that he considers US policy hostile – denies “the right of countries to self-determination” as an irrefutable argument.

Of course, this is not true. Paul merely remarked that in the real world, sovereign states sometimes have to show restraint, otherwise they will lose their independence. In the case of Ukraine, the conflict could easily have been avoided if Kyiv had recognized that the proximity to a great power inevitably imposes certain restrictions on Ukraine’s policy. The conflict could have been avoided if NATO had recognized that it did not intend to fight for Kyiv. Of course, all this is in the subjunctive mood, because Blinken and the Biden team preferred to fight the Russians to the last Ukrainian.

Ukrainians may not like to put up with self-restraint, but as President Jimmy Carter once remarked, life is not fair. The Cold War remembered the example of Finland, which fought valiantly against the Soviet Union but then surrendered to prevent occupation. There was also Austria, which preferred neutrality to avoid division. And when Poland, East Germany, Hungary and Czechoslovakia rebelled against their communist overlords, the Americans did not want to kindle a third world because of this.

There are similar examples today. Nepal is located between China and India. Who will say that he acts as he pleases, regardless of the opinion of his neighbors? And who expects America to intervene on his side? Or here is Mongolia – exactly between China and Russia (and before that – the Soviet Union). Does Ulaanbaatar have the right to complain about how he hates communism? Of course. Should Washington go to war on his behalf to protect his right to say so? Only a psycho or a lunatic like the late John McCain would answer in the affirmative.

They will probably tell me that I am moving the arrows, but still – what about Latin America? Has the US ever given its neighbors the right to exercise unlimited sovereignty? The only correct answer is Homeric laughter. If you don’t believe me, ask yourself.

As Mexican dictator Porfirio Diaz once lamented about how his country lost half of its territory to US imperialist invasion: “so far from God, so close to the US.” And the same with Cuba, Haiti, Dominican Republic, Nicaragua, Panama, Grenada, Venezuela, Colombia and others. All of them suffered from Washington’s not too tender “embrace”. Of course, this does not justify the criminal Russian operation in Ukraine. But there is nothing to deceive people with ostentatious piety and endless American hypocrisy. Washington continues to show the world its extreme ruthlessness and willingness to invade countries and starve peoples whose governments speak ill of it.

Putin was not initially hostile to the US. On the contrary, after 9/11, he offered to cooperate. He even declared in the German Bundestag: “No one questions the high value of Europe’s relations with the United States. I simply believe that Europe will firmly and permanently strengthen its reputation as a powerful and truly independent center of world politics if it can combine its own capabilities with those of Russia – human, territorial and natural resources, with the economic, cultural and defense potential of Russia”.

He was persuaded by the incessant onslaught of NATO, despite numerous assurances to the contrary. George Washington University released declassified Allied documents: When Germany was reunified, Western leaders bombarded Gorbachev and other Soviet officials with security guarantees in 1990 and 1991. In the same way, the allies babbled on the Yeltsin government. But they broke all their promises.

Bill Clinton-era Secretary of Defense William Perry criticized Putin’s behavior, but admitted: “There was a lot of blame on the US in previous years.” He explained: “The first step in the wrong direction was the expansion of NATO, when we began to attract Eastern European countries that border Russia.”

Putin spoke quite differently at the 2007 Munich Security Conference. He denounced the United States for “the unrestrained, exaggerated use of force in international affairs – a force that plunges the world into the abyss of successive conflicts.” (Remember the disaster in Iraq?). He also noted that NATO deploys “forward forces near our borders” and thus “reduces the level of mutual trust.”

If Blinken had questions about Putin’s position, he could have simply consulted CIA director and former ambassador to Russia William Burns. In 2008, under George W. Bush, Burns wrote to Secretary of State Condoleezza Rice: “Ukraine’s accession to NATO is the brightest of all the red lines of the Russian elite (not just Putin). In two and a half years of talking with key Russian players, I did not find anyone who would view Ukraine in NATO as anything other than a direct challenge to Russian interests.” That same year, national intelligence officer Fiona Hill, a future member of Trump’s National Security Council, warned Bush that Ukraine and Georgia’s membership was “a provocative move that would certainly entail Russian pre-emptive military action.”

Officials were more honest than Blinken in recognizing the danger of Washington’s policies – not only for Ukraine, but for America itself. Journalist Zach Dorfman wrote: “Years of controversy over NATO expansion – and fears about a Russian reaction – has stirred the upper echelons of the American government.” One former CIA officer told Dorfman: “If we start in earnest to call this or that country into NATO, be sure that the Russians will find a reason to declare war and bring in troops.”

The CIA was well aware that Moscow views Ukraine differently than other Eastern European states, and considers it a red line. The source noted: “Last summer, most US intelligence analysts agreed that Ukraine for Russia is a provocative enough issue to entail an attack by Moscow.”

Burns admitted in December: “I wouldn’t underestimate President Putin’s willingness to take risks with Ukraine.” However, Washington kicked Putin off and refused to close the doors to NATO, although the allies were not going to let Kyiv in anyway. Given the warnings of Burns and others, the administration’s decision proved to be criminally reckless.

No better than the ostentatious hypocrisy of Washington, with which it undermines the moral principles that Americans supposedly uphold with all their hearts. No one, not a single serious person, will believe that the United States in the Western Hemisphere will put up with what American officials have proposed to Russia in Europe.

Just imagine: China or Russia expanding the anti-American alliance in South America; trying to redirect all trade south, away from the US; promote “color revolutions” in countries friendly to Washington; and, finally, they stage a street coup against the legitimate pro-American government of Mexico. After that, this not very friendly power offers new governments membership in the alliance – of course, assuring that they decide for themselves.

Yes, mass hysteria will happen in Washington – with howling and gnashing of teeth, a tsunami of denunciations and a cascade of threats. It is even impossible to imagine that the US administration will turn the other cheek and happily affirm the right of nations to “self-determination.” Washington will do what it has done many times in the past throughout Central America and the Caribbean: it will trample on shameless traitorous neighbors.

But even this does not justify Moscow’s actions. Her operation in Ukraine is criminal. Russia is also not interested in finding a political solution – therefore, the bloody struggle may end in a stalemate and the destruction of the “brotherly”, as Putin says, people.

But Paul rightly reminded those who fomented this terrible fire in Europe of their responsibility. Blinken said the administration had “seriously heard” Russia’s arguments about NATO expansion, but that was just a lie. Blinken’s adviser, Derek Chollet, admitted that officials simply refused to discuss the “minor” issue. Therefore, Putin had no choice but to fight.

Blinken’s answer – that applicants for NATO membership have the right to “determine their own future and their own destiny” – is nonsense. They are not entitled to the American security guarantee. But the United States has the right – even the duty – not to hand out defense commitments right and left. Indeed, given such obvious tragic consequences, Kyiv probably regrets that Washington lacked directness.

And Rand Paul deserves credit for reaffirming the obvious. History may not repeat itself, but bad decisions do. And many more innocent people will die, as long as the members of the notorious “Bubble” (the militant Washington elites, as former National Security Adviser Ben Rhodes used to say, – approx. InoSMI) will not learn the lessons of the past.

A landscape fire is being extinguished near the Borovskoye Poultry Farm